French (Society) Wreck: The wreck lying 1 km off the Marina of Antalya under the buoy, belongs to French Combat Aircraft named “St. Didier” sank during the war in 1942. During the studies performed between 1946 and 1974, a large part of the load inside the ship has been taken out. Inside this ship which has an appearance of hospital support ship, there were armories and vehicles suitable for desert conditions. Due to the fact that the personnel wasn’t wearing uniform in order to disguise by camouflaging and the passengers in the ship wanted to bring away their personal belongings while the fishermen were helping, the ship was called “society wreck” colloquially.

There are different diving activities in Kemer, our tourist town, where the most of the diving schools are present in Turkey.
The French military transport ship found right in the entrance of Antalya Port, lies in 20-32 meters of depth, the water that is usually blurred is very interesting for the underwater wreck fans. 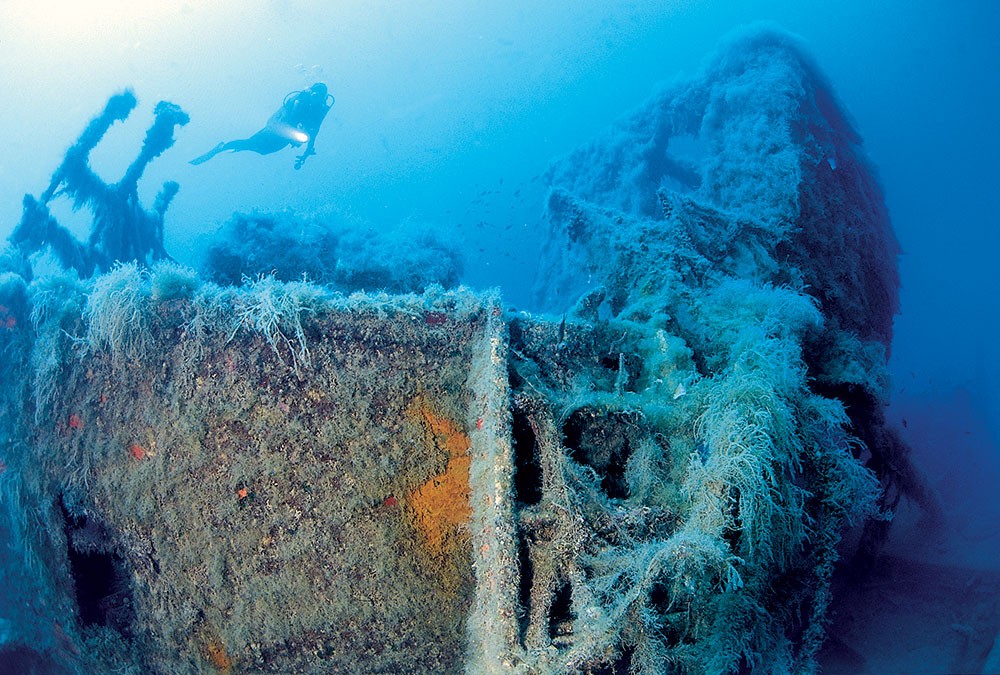 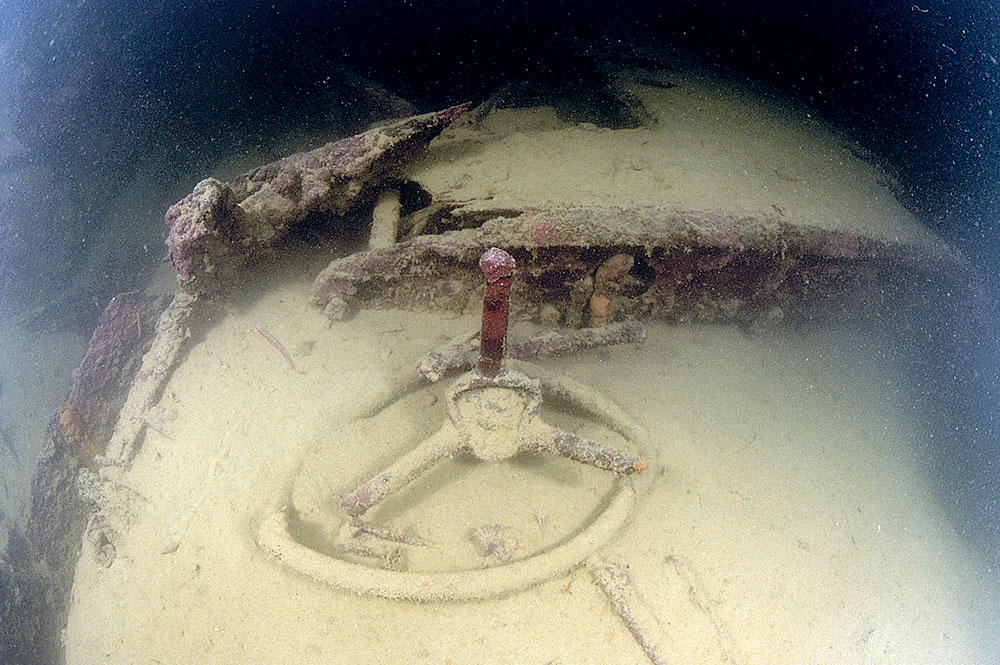 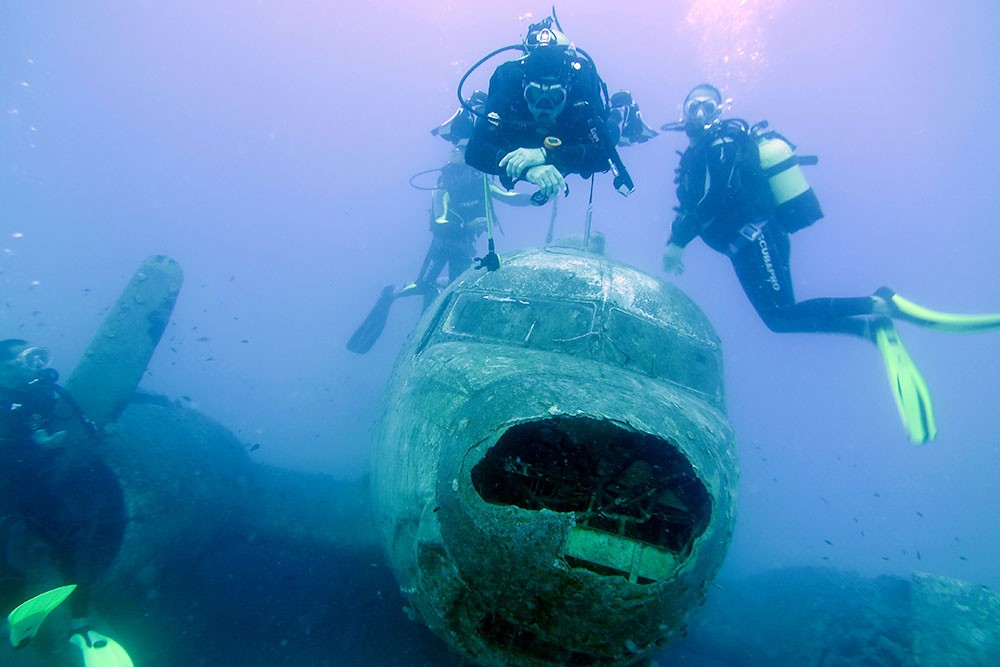 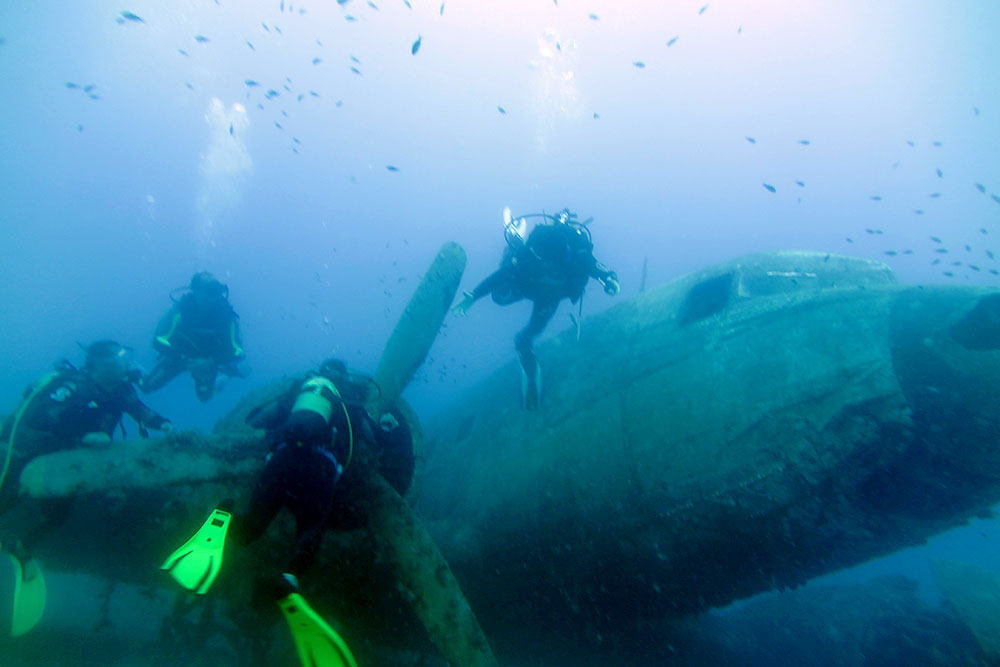 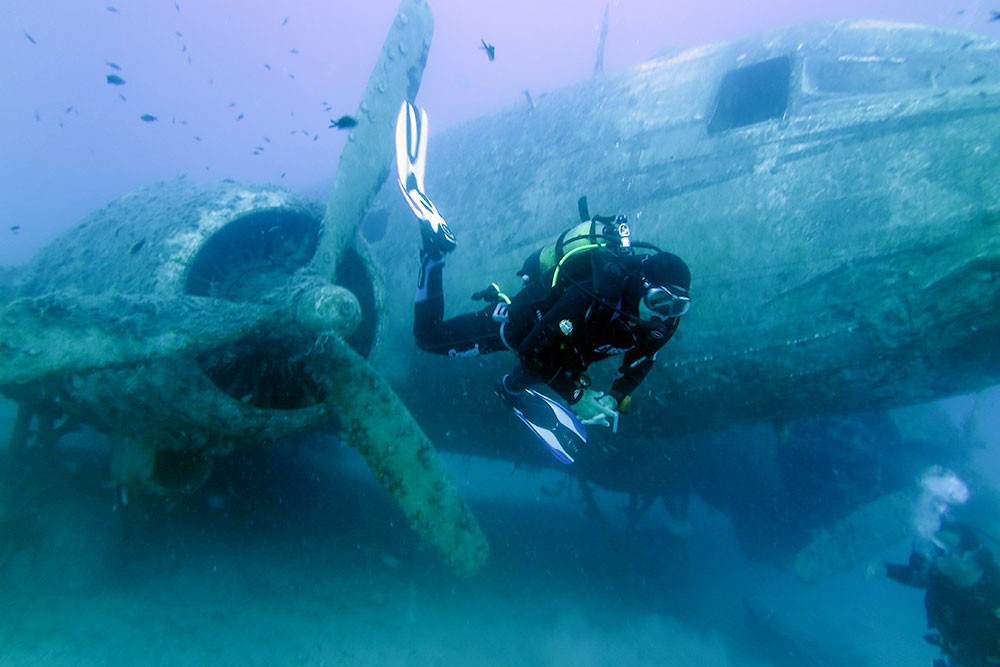 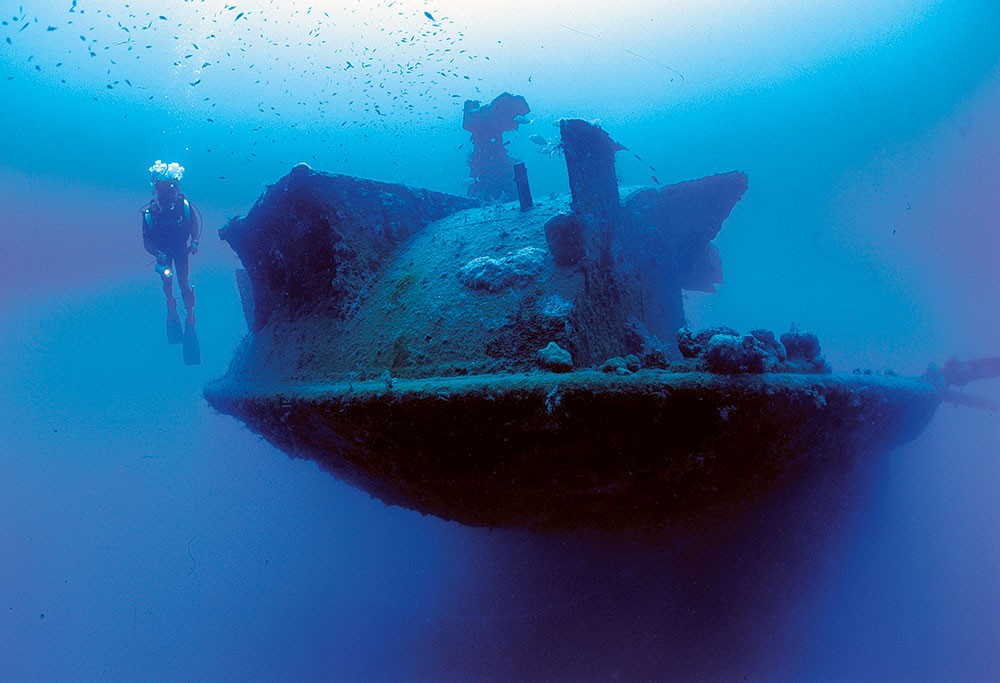 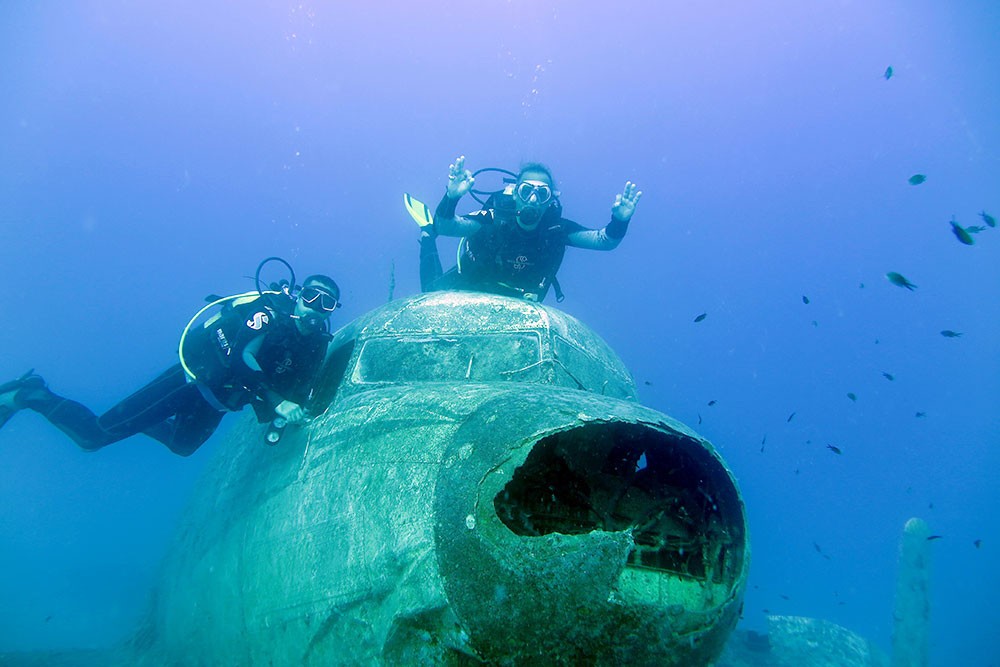